Truth and myths about Russian girls

Internet dating industry is booming now! It has wiped out the borders between countries and people. You can chat to whoever you like in the privacy and comfort of your own home. As a result the number of international and multicultural marriages has increased. One of the most popular matches is a western man and an Eastern European, more often Russian, woman. Why is that so?

The main reason is quite simple: the lack of men in their own surroundings. According to statistics for every 100 Russian woman there is only 80 Russian men, so 2 million women out of 10 million will never find a partner. Such a disproportion of course caused certain qualities in Russian men to develop. In other words they are a bit spoilt. Don t get me wrong there are nice, intelligent men there but only few will be lucky to marry them. So Russian girls that are looking for a men on international dating web-sites often have an experience of dating or marrying Russian men but are not happy with the relationship or simply can t find them.

Most of Russian girls are intelligent, have a university degree and are attractive but single. They know how to dress well and make an impression, have tremendous charisma are passionate and expressive. If a Russian girl puts on a mini skirt, high heel shoes and made a bright make-up, it means nothing. Perhaps she is just going camping! :-)

Another striking feature for foreigners is a lack of smiles. If in western countries is common to greet people with smile or to smile at a complete stranger, it can have quite an opposite effect in Russia. It s simply a difference of cultures. Russians have a special opinion about the appropriates of a smile in different situations. "To smile, at what?" The interesting thing about it is that they smile less because of their openness. Smiling for them is a natural reaction of good attitude and relationship with people, a manifestation of positive feelings.

Russian woman are generally good wives, loving and carrying. Happy family is the most successfull career for a Russian woman. Although there will be a difference in attitudes and outlook of a Russian girl living in Moskow and say from a small town 300 miles away. They generally like their country and like complaining it too but don t like foreigners doing that. And they don t like living there all by themselves.

The other popular opinion of Russian woman is that they are anxious and discreet. Such an impression is caused through internet communication, it s not as well spread as in western countries and arouses some tension, as well as sometimes not very good English contributes to discomfort.

The majority of Russians know very little about moral rules, mentality, norms and ethnic values of people abroad. They do suffer from it living abroad too although natural ability to adapt to all circumstances that life throw at them helps. The messages especially at the beginning of correspondence might seem full of standard phrases and a bit distant, it just comes from a fear of being misunderstood and a lack of practice in international communication. Russians in every day life are a lot more open, emotional and communicative. They frankly speak about their likes or dislikes, problems and wishes. In fact psychoanalysts in Russia are not very popular ,they are popular in countries where people got used to suppressing their emotions and feelings. 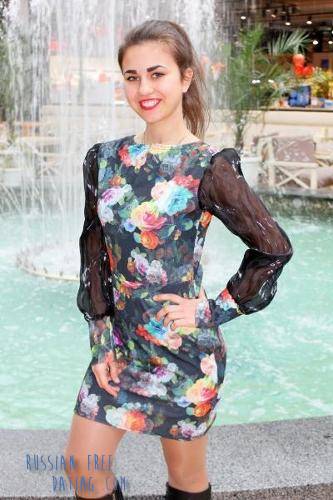